The Safari Rally is also expected to enter the "postponed" or "canceled" column by the end of this week, but even if this decision is not taken, the teams has told the English journalist David Evans that they do not intend to travel to Africa through July.

The organizers of the Kenyan event are in talks with the FIA, the WRC promoter and the teams reviewing the current pandemic situation created by COVID-19. According to sources of the English journalist is yet to have more meetings, but the teams are ready to make their own decisions.

In addition, the teams are not happy about the fact that there is no official decision yet - moreover, that they have invested in the preparation of specially prepared cars for this rally alone.

"Our information is that the teams are on hold so far because of the current situation," said Yves Maton, director of rally discipline at the FIA. "However, we do monitor the situation every week with them and the promoter and we mostly discuss the Safari rally."

According to the head of the team of Hyundai Andrea Adamo the interest of the teams to the current dates July 16-19 is very small.

"I don't know if only this problem can affect the Safari Rally," Adamo adds. - I'm not aware of the situation there. We have to be realistic and I have to take care of my people. We are sure that in July we will not feel comfortable sending 90 people to Kenya for rally. I'm not at this point. "

Even with three months to go before the race, Adamo thinks it's too risky to engage in a Safari rally.

"Even if the promoter says we go, we won't go," another source from the Hyundai team reveals. "When we talk to travel insurance companies in Kenya, they ask us if we are kidding!"

On the subject of cars and special items for the Safari Rally, Toyota Technical Director Tom Fowler, believes his team is working on cars that will not be used.

"I don't understand why there's no solution yet," Fowler commented. - We are currently planning our work to build these cars. This is a Safari Rally, an extremely difficult and different challenge, something we have not encountered before.

We are already manufacturing the new components and planning their assembly, which costs us time and money.

"The efforts of people trying to comply with the requirements of the countries where they live working from their homes are also invested. That's why it goes through my mind that we make cars that will never be used. " 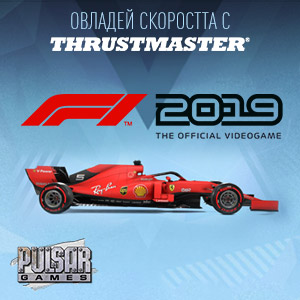